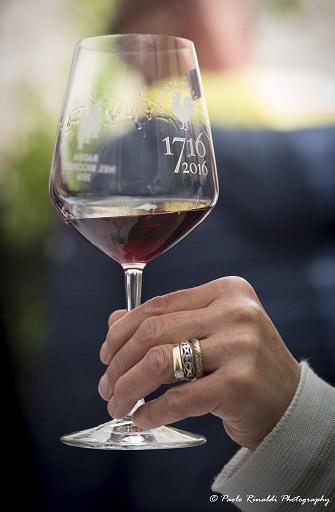 “I want to call your attention to the possibility of stock manipulation and/or insider trading on the part of the Whitehouse and/or President Trump. This is all related to the proposed increase to 100% Tariffs on EU products and the longstanding (2004) WTO dispute between Boeing and Airbus.

It should be noted here that the sole beneficiary of these tariffs (should they be effective) would be Boeing and its shareholders. More on that later.

I’ve been surprised frankly that the proposed tariffs have not gotten more attention from mainstream media and cable news. Should they be enacted, it will put tens of thousands of US workers out of work and bankrupt thousands of US and EU businesses. That would mean the EU will likely fall into a real recession and either trigger or exacerbate the long overdue US recession.

Backing up a step, in case this issue has not yet caught your attention, the proposed tariffs effect a broad category of products, the majority of which have a common thread of being high value-added, agriculturally based products. Wine, Cheese, Prosciutto, Salami, Whiskey, Wool either as fabric or finished clothing etc, etc . You get the picture. Additionally I think that Trump’s base cares little about such things and he knows that.

The % of GDP that these sorts of things represent in the EU is some multiple of what they do here in the US. Most of the producers are small to medium sized family businesses without large capital reserves. The loss of a primary export market in the US (which a 100% tariff will definitely kill) will send many of these companies over the cliff. The EU has not enjoyed the same slow and steady growth since the 2008 financial crises that we have and such a rash of bankruptcies would certainly be the straw that breaks the camel’s back.

In the US, many to most importers of EU goods will also go bankrupt. (like me!) Also many of the marketing chain partners downstream like distributors and retailers will too.

Back to Boeing and how this connects;

In Feb of 2017 Trump visits the new Boeing plant in SC that is building the new 787-10 (Dreamliner) and praises it and Boeing profusely. Boeing shares SOAR. I mean the old adage is buy low and sell high right? If one man and his tweets can first depress a stock and then make it soar, the situation is ripe for exploitation. I would love to know who bought Boeing between 12/12/16 and 2/17/17. Trump, his family or friends? I don’t know how to check that out. Your investigators do.

Fast fwd to late 2018 and the first of two crashes in the 737 MAX debacle. There are some 300+ planes sold but grounded and another 400 finished at the plant but not salable until some fix can be divined and implemented if that’s possible. This represents $90.3 Billion in unsalable merchandise and suddenly Boeing stock isn’t looking that great. Suddenly thereafter (coincidentally???) the 15 year old dispute between Boeing and Airbus takes high priority in the Trump administration and in October they issue 25% tariffs on some EU products almost immediately. Announced Oct 9th and enacted Oct 18th. Noteworthy is that goods already in shipment on the 9th (by ships) were caught unexpectedly by the new tariffs at the port when they arrived. It seems rather rushed to me. Then after less than 2 months without the first round of tariffs moving the needle any in talks about what is already a 15 year old dispute, the USTR announces that they are considering expanding the list of products and increasing the rate to 100%.

Again Boeing would be the sole beneficiary of the pressure these tariffs create in the EU. Why would this 15 year old issue so suddenly become a front burner, super urgent issue for the administration if not for Trump, his family and or friends having bought up Boeing shares between 12/12/16 and 2/17/17? I can’t think of any other plausible explanation.”